Historical yet updated-best of all worlds. Central air, new stainless steel appliances with granite counters  in kitchen, queen sized beds, washer dryer, and three baths! Fireplaces non functioning. Linens are supplied. The main portion of the house contains the living-dining-kitchen, a bedroom and 3/4 bath on first floor, three bedrooms and a 3/4 bath on the second floor and the "guest suite" which is accessed only from outside and has a bedroom and three quarter bath is on the lower level. Open stone deck with great lake views, lawns leading down to the patio with lawn furniture at the shoreline Propane firepit on the patio. U shaped covered boathouse (which will be occupied) with parking for tenants' boat on side. Swim from the dock, sandy bottom by dock.

Tenants can bring a dog,medium or smaller,  no puppies. Towels and sheets supplied, tenants to leave the house tidy on departure.

Please note that the Warren County Bed Tax of 4% is in addition to the rent price. This is on all rentals in Warren County of less than 30 days.

Mellowstone was Edward Eggleston's library. It was connected by a covered walk way to his house "Owl's Nest". "Mellowstone" as part of  "Owl's Nest" is  on the National Historic Register. Eggleston, one of the foremost and best known writers of fiction from Indiana was a clergyman and historian as well as writer. His better known works being "The Hoosier Schoolmaster," "The Household History of the US and it's People," "The Shawnee Prophet," "Hoosier Schoolboy," and "Circuit Rider."  He was a Methodist minister for some time in Indiana and Minnesota but had some issues with those ministries over his writing of fiction and moved to a ministry in Brooklyn in 1874. In 1881  Eggleston and his brother George Cary Eggleston each built a house on Lake George, NY. Edward Eggleston built "Owl's Nest" with his library in the attached by a covered walkway "Mellowstone." The building was designed to his specifications and the decorations both inside and out were after designs by his daughter Allegra. His brother, also a well-known American author, George Cary Eggleston named his house "Culross" which was to the north of Mellowstone a few houses now. 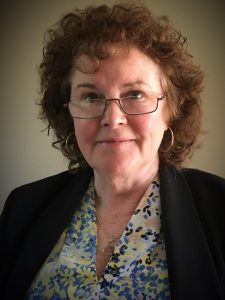 -- Listings provided for download by GLOBAL MLS --
-- Information Is Not Guaranteed --